A proud tradition of speed.

Founded in November 1954 by Jesus (Jay) Garcia, Bob Valencia, William (Willie) La Rosa, Manual Ayala, Joe Leonardo, Kenneth Lucas, Howard Ball, and Etheridge Blaylock, the 4 ever 4 Club is dedicated to the preservation, celebration and promotion of early Ford four-cylinder vehicles. With over sixty years of history to point to, 4 ever 4 is one of the nation's premier early Ford car clubs.

Pictured from left to right are: Ray Lazano, Don Doerr, Willie La Rosa, Berry Waldrop, Dick Patterson, Bob Brown (with trophy), Al Mancillas, George Gillhoover, Vic King, Nick Radoumis, and Kenneth (Kenny) Lucas. The "Hot Shoe Driver" is Mike La Rosa. The trophy was won by either Gillhoover or King and was never settled. This is likely the first Club dragster. Note the rear engine set-up way before Don Garlits made it famous in the 70's.

The picture credits this as "Bill's Tub- Club Rail" and the placard notes that it is owned by La Rosa, so you're looking at Willie La Rosa's 29 Ford Touring alongside the Club's dragster refined to a front engine configuration. Maybe that rear engine configuration was ahead of it's time after all.

The Antique Nationals is a wholly owned entity of the Four Ever Four Cylinder Club, Inc. (4 ever 4). The event has been held annually for Fifty years, and now makes its home at the Auto Club Dragway in Fontana, California.

The 4 ever 4 Club started staging events at the Smokers events in Bakersfield in 1960 as an "event within and event." Three or four of these events were held, strictly for 4-bangers at that time. The idea stemmed from the fact that the 4-bangers were treated as "second cousins" at regular drag strips and was even worse at major events. We needed a place to run where we were in control and received top billing.

An event called 999 was held in Long Beach, California, also in the early sixties. The 999 race was staged by a group of guys that felt the need for an event showcasing 4-bangers. This was not a 4 ever 4 sponsored event but the 999 turned over their profits to the 4 ever 4 Club with the hope that we would start an annual event. At the time, with about 12 members, we were a larger and more active group. Another couple events were held in the mid-sixties. These were small events with little or no advertising done. These events were also "events within an event."

As an aside note, at one time the 4 ever 4 Club members fielded as many as six dragsters per event. There were more flathead v8's. Now we are lucky to field two 4-bangers and maybe four flatheads.

The Antique Nationals Are Born

The first event, called "Bonnie & Clyde," was held at the Orange County International Raceway (OCIR) in 1969. The event became known as the Antique Nationals in 1970 at Orange County. It was in Orange County that we first opened the event to all 1934 ad earlier engines with a smattering of 21-stud V8's joining the 4-bangers. A few years later, still at Orange County, we opened it to 1954 and earlier vehicles. The idea of opening it to later cars was strictly financial, there were fewer and fewer 4-bangers running and not enough to cover the costs of hosting the event.

The Antique Nationals were staged at Orange County until it closed after our 1975 event. We then went to Irwindale Raceway in 1976, and raced there until it closed. The event's next home was at the Los Angeles County Raceway in Palmdale, until it closed after our 2007 event. During some early years we staged two events per year, one in the Spring and one in the Fall. The Fall event never drew as many competitors as the Spring event, and when the Fall began to lose money we eliminated it. At our last Fall event, when we lost money, the OCIR felt sorry for us and reduced their charges enough so we broke even. Imagine that happening anywhere today!

A Legacy of Speed

The Antique Nationals has been going strong for nearly half a century now, and shows no signs of stopping. 2020 marks the 50th year 4 ever 4 has held the event. For the past several years, the Antique Nationals have been held at the Auto Club Dragway in Fontana. The event now includes classes for vintage motor cycles and Whizzer motor bikes.  We are now allowing vehicles 1959 and Earlier to race.  Come join us for the 50th Annual Antique Nationals May 09th, 2020.

Jim Brierley with his Cook Overhead 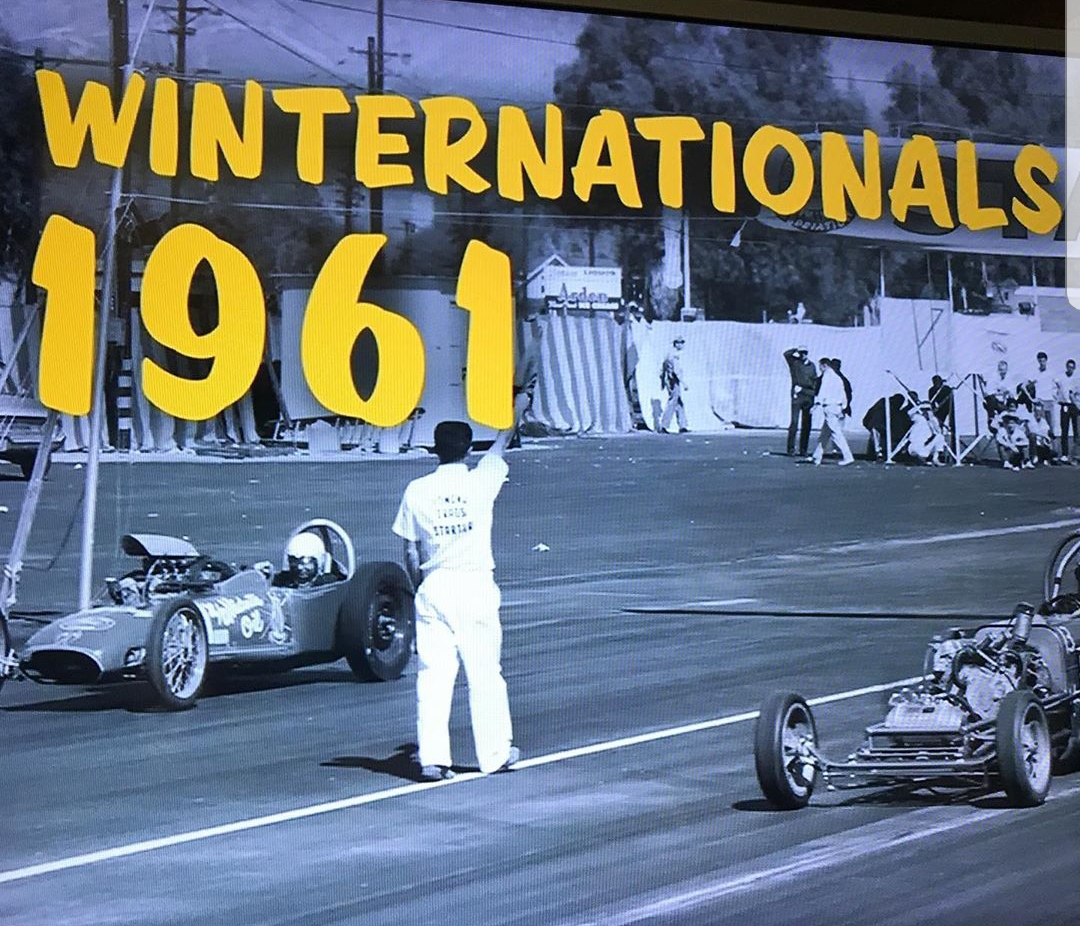 Any customer can have a car painted any color that he wants so long as it is black.
-- Henry Ford